A few days ago we stopped in a small town called Umieta after spending much longer than excepted on the road.  Our intended destination was San Sebastian but the bicycle path we were following changed from a pleasant dirt track to one more suitable for mountain biking.  Amaya had endured 20km of pot holes filled with muddy water and we were exhausted after a couple of days of difficult mountain passes.  So in spite of being only 10km short of San Sebastian we hastily found a hotel.  The hotel owner was excited to hear Shoshanna was from New Zealand and called out to the neighbour who also happened to be a Kiwi.  Yos has lived in Umieta for the last 9 years with his wife, Maria, and lovely daughter, Intza.

Yos invited us to have lunch on Sunday in a Cider House.  We had no idea what an awesome experience this would be.   It is an amazing place, people eating big hunks of bloody meat, seated at long timber benches and yelling to make themselves heard.  The best part of it all is that cider is drunk directly from the 14000 litre barrels.  One simply holds ones glass under the tap and, presto, freshly pressed apple cider.

It was a feast of protein! Chorizo, fish omelete, massive steaks and sheep cheese and walnuts to finish.

Amaya took an instant liking to Intza and they waltzed around the cider house like long lost friends.

Walking between massive barrels of cider 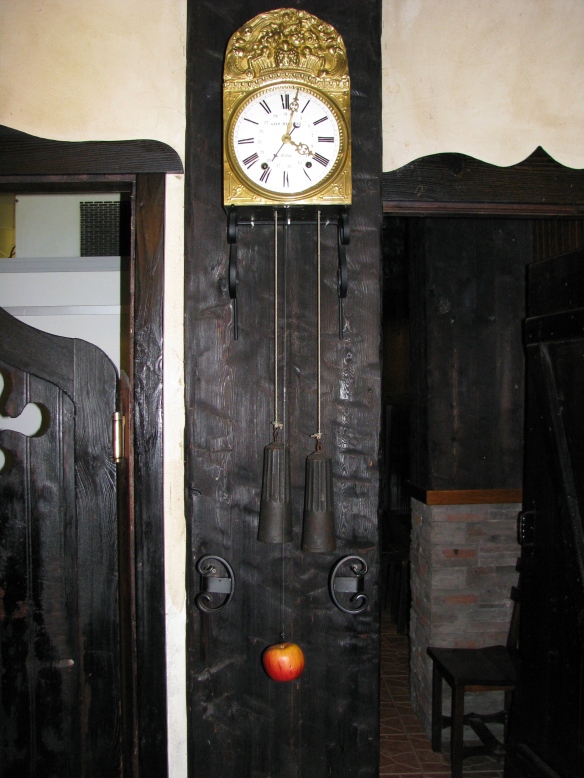 To add to the experience a semi professional rugby team from Barcelona was celebrating their win over San Sebastian.  There were a number of kiwis in the team who treated us to a display of the Haka.  A magical clash of cultures!

We left full of cider, protein and joy.  Not making it to San Sebastian after that nasty day of riding will be something we always remember with fondness.

10 thoughts on “Haka in a Cider House”